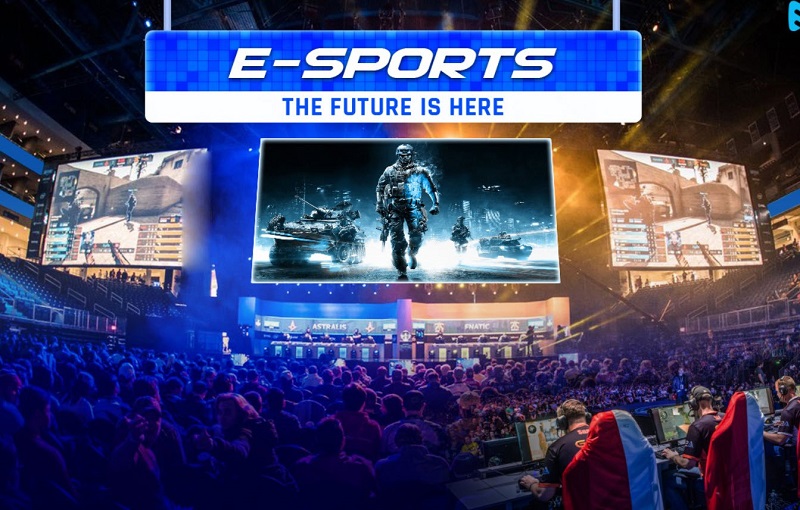 With E-Sports we see a variety of games being played, for a long while and still today we have seen the Fortnite fad sweeping the nation. Much like the N64 days of Super Smash Bros or Mario Kart racing the competitive nature of this game has had friends competing and tournaments have been formed.

Maybe even more so now, with sponsored gamers, famous YouTubers that get paid to stream their gaming. Shoot even ESPN has a segment in which they have an assortment of gaming tournaments.

Personally, my favorite is Madden or NBA 2K…can never get enough sports even in the gaming world.

There are even young kids that have various pages streaming their gaming experience in hopes to build an audience to profit off it.

These gaming experiences also allow teams to compete against other teams. The question is just how far can this go? What once was viewed as a hobby of playing fun video games has turned serious, into a legitimate competition. Companies or Brands that actually look for the best gamers to sponsor and fund. Some are even headhunted during the game development process to ensure the game glitches or errors can be fixed before releasing to the public.

The question I pose is this…just how long until e-sports is recognized in school?

And not just as a club activity but actually having teams, or individuals compete school-to-school? Tournaments, Showcases? How much longer until these gamers get their opportunity to shine?

Will it ever qualify as an Olympic sport? It seems as though it could consider the number of professionals all over the World.

Comment below if you would enjoy partaking in an E-Sports Tournament of Champions Sponsored & held by Champ Sports News & Champ Pizza?

If so…what games would you like to see included?