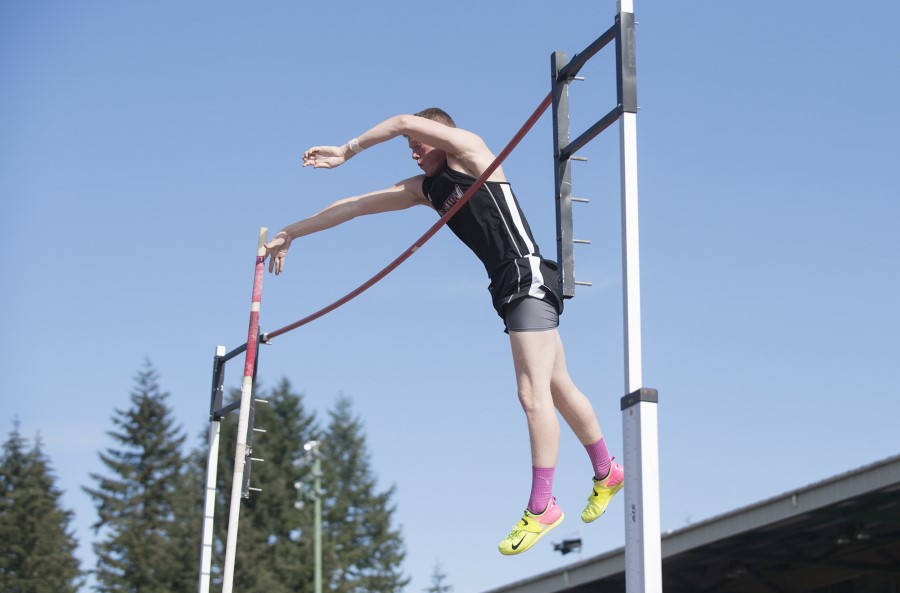 Sprinters – If you don’t know the name yet, it’s about time you learned it Jonathan Landry (Evergreen) this Multi-Sport Athlete [Football & Track] has been getting an offer after offer to take his talents to various Colleges.

This year it looks like he will reign supreme as the Champ of Sprinters as he aims to wear the crown for the 100 & 200 meter. With the 400 meter shaping up to be a battle of Prairie vs. Prairie with Ethan Cabral & Evan Davis having posted the top times last season.

Looking towards the distance events it is shaping up to be some familiar faces at the top.

For the 800 & 1600 meter Brandon Chou (Mt.View) looks to put up even faster times than last year which earned him the top spot for both events. And the 3200 meter will be a battle of Logan Bigelow (Prairie) vs. Kamren Mattison (Kelso) who were just 2 seconds apart from one another last season placing 2nd & 3rd. Will the extra year give either the edge to take the open top of the podium?

Hurdling their way to the top is Kedyn Bolds (Heritage) he was the runner-up all last year to the top dawg but looks to wear the crown in both the 110 & 300 meter hurdles.

Relays look to be a battle of chemistry with new faces on each squad, who can mesh together the perfect balance to win it all?

Throwers – David Kailea (Evergreen) was head and shoulders above the rest in the Shotput and looks to retain the title this year. He would like to add the Discus title to his belt too but was outthrown by Gavin James-Dues & Nikolas Strait (Mt. View). The three will battle for the top with Nikolas Strait also looking to earn the top Javelin throw as he is the only returning top 3 thrower in this event.

Jumpers – Quincy Lopez (Heritage) nearly cleared 6ft last year in the High Jump, which earned him 2nd place. This year the only person to beat him is gone and he aims to clear the height that he was unable to conquer last season. Long Jump Aiden Nicholson (Mt. View) placed 3rd as a freshman, this year he returns with all other jumpers striving to catch him as he looks to clear the field. For the Triple Jump, we expect to see Judah Calixte (Kelso) stride his way to the top as he took 2nd but returns with the best jump out of everyone else in the event.

Finally, the Pole Vault which Jake Webb (Kelso) tied with the top jump and aims to slingshot himself to the top spot as his co-champ has left the field.

Track & Field shaping up to being an EVENTFUL season as always!